Tallahassee, FL – September 1, 2022 – 68,000 people in Leon County, with 1 in 3 kids, are facing food insecurity, according to feeding America, meaning these individuals do not know where their next meal will come from…Read more.

Tallahassee, FL – September 1, 2022 – “Working health-and-safety concerns and an uncertain economy weigh down on the roofing industry; however, roofing contractors continue to show resolve, creativity, and the optimism to find opportunities to grow,”..Read more.

Tallahassee, Florida – May 11, 2022 – Dale and Pamela Tadlock, Founders of TadlockRoofing, received the Spirit of Youth Award at the 17th annual ‘Racing for the Roses’Gala..Read more.

Boys Town North Florida is excited to host the 17th annual Spirit of Youth Gala, this year themed ‘Racing for the Roses.’.Read more.

Tallahassee, FL – October 22, 2021 – The ongoing stress, fear, grief, and uncertainty created by the COVID-19 pandemic has weighed heavily on children and teens, creating a growing number of at-risk children and families…Read more.

Bradenton, FL – October 14, 2021 – Nearly one in four children in Manatee County is unsure about the source and quality of his or her next meal according to the Herald Tribune. Blanche Daughtrey Elementary School is no stranger to the child hunger epidemic and poverty being faced by its student body…  Read more.

Tallahassee, FL – October 1, 2021 – The counties of the Big Bend have the highest rates of Florida residents struggling to put enough food on the table, and Godby High School is no stranger to the child hunger epidemic.  Read more.

Tallahassee, FL – September 10, 2021 – Qualified Remodeler, a leading publication serving remodelers and home improvement companies in the U.S., has ranked Tadlock Roofing as the No. 57 on its 43rd annual TOP 500 remodelers of 2021. Read more.

Tallahassee, FL – August 13, 2020 – Leon County’s Godby High School has one less thing to worry about at the start of the 2020 school year, as local roofing contractor, Tadlock Roofing, is set to present the school with $2,000.00 on Wednesday, August 19 at 11am at Godby High School to fully fund the school’s food pantry for the entire year. Read more.

Florida, March 19, 2020 – Communities across the nation are bracing for the pandemic of the infectious disease called coronavirus, or COVID-19 with more than 1,215 confirmed and presumptive positive cases in the US. Local roofing contractor, Tadlock Roofing, is launching the ability to perform virtual appointments in wake of the pandemic to keep employees and customers safe from infection, as well as eliminate the risk of spreading the virus. Read more.

Eustis, FL – July 22, 2019 – Owens Corning Platinum Contractors are working with Habitat for Humanity of Lake-Sumter to provide new roofs to veterans in need and their families as part of the Owens Corning Roof Deployment Project. Read more.

Tallahassee, FL – July 23, 2019 – More than 800,000 children don’t get enough food to live an active, healthy lifestyle in Florida alone. Locally, the counties of the Big Bend have the highest rates of Florida residents struggling to put enough food on the table, according to Rick Minor, executive director of Second Harvest of the Big Bend. Leon County Schools made local roofing contractor, Tadlock Roofing, aware of the food pantry need at Amos P. Godby High School, and Dale Tadlock, president and owner, is rising-to-the-occasion for the second time around.   Read more.

Tallahassee, FL – April 15, 2019 – Nelson Mandela once said “there can be no keener revelation of a society’s soul than the way in which it treats its children.” These words echoed through the Civic Center Friday, as Leon County Schools celebrated its 50th Annual District Volunteer, Mentor and Partner Recognition Event. Local roofing contractor, Tadlock Roofing, is named the Outstanding Partner for Excellence for the 2018-19 school year in the large business category.  Read more.

Prepare for Takeoff! This Saturday our very own Dale Tadlock flew his first plane in celebration of raising $10,000 on Giving Tuesday.

Tallahassee, FL – March 7, 2019 – It’s a bird. It’s a plane. No, it’s Dale Tadlock of Tadlock Roofing and this year he’s flying for families during the 2nd Annual Spirit of a Child Celebration. This past Giving Tuesday, Tadlock Roofing set a goal to raise $10,000 in 24 hours for Boys Town North Florida and staying true to the spirit of a child theme, Tadlock agreed to match up to $10,000 raised and fly for families at The Florida Aviation Center (a bucket list item for Tadlock). Read more.

Pensacola, FL – February 26, 2019 – Owens Corning Platinum Contractors are working with Purple Heart Homes Inc to provide new roofs to veterans in need and their families as part of the Owens Corning Roof Deployment Project. Arthur Keller, a 73-year-old veteran, will receive a new roof on Tuesday, Feb. 26, from Tadlock Roofing, Inc., an Owens Corning Roofing Platinum Contractor. This nationwide effort is a way to show gratitude and honor the veterans who served our country and the families who support them. Since the inception of the Owens Corning National Roof Deployment Project in 2016, more than 100 military members have received new roofs. Read more.

Tallahassee, FL – Feb. 6, 2019 – In November 2008 local business owners, Dale and Pamela Tadlock, received a call from Children’s Home Society of Florida that would change their lives forever. The Tadlock family, now with nine immediate family members, adopted their two youngest children via Children’s Home Society of Florida and their business, Tadlock Roofing, is the proud title sponsor of the 8th Annual Wish Upon a Star fundraising event at Goodwood Museum & Gardens on Friday, Feb. 8. Read more.

Tallahassee, FL – August 20, 2018 – “Workers in construction are aging out or retiring at a faster rate than the younger generation is coming in and the uncertainty of immigration reform will only make matters worse,” according to Construct Connect. Despite workforce challenges, a Tallahassee-based roofing contractor is embracing the necessary evolution of the industry and doing so with flying colors. Read more.

Tallahassee, FL – July 26, 2018 – According to Second Harvest of the Big Bend, Leon County ranks third for food insecurity of the state’s 67 counties, and “It’s only getting worse,” says Rick Minor, executive director of Second Harvest. The closing of two supermarkets in Northwest Tallahassee is being blamed for leaving thousands of residents with no nearby source of healthy foods. Leon County Schools made local roofing contractor, Tadlock Roofing, aware of the need at Amos P. Godby High School, and Dale Tadlock, president and owner, is rising-to-the-occasion. Read more.

Tallahassee, FL – June 1, 2018 – Hurricane season begins June 1, and Floridians are bracing for impact as the 2017 season proved to be the most destructive in years, with hurricanes Harvey, Irma and Maria among the heaviest hitters. In fact, some experts say Atlantic storms are intensifying far more rapidly than they did 30 years ago. In preparation for the worst, Tallahassee business owner, Dale Tadlock, President of Tadlock Roofing, is set to give away more than 500 tarps at the 4th annual Build Your Bucket disaster preparedness expo. Read more.

Tallahassee, FL – Jan. 6, 2018 – Tallahassee roofer, Tadlock Rooﬁng, set a goal to raise $10,000 for the non-proﬁt organization in 24 hours on Giving Tuesday 2017, and if that goal was met, Tadlock Rooﬁng would match up to $10,000, securing $20,000 for the organization. Dale Tadlock and partners, Klees and Edwards, agreed to jump out a plane (with a parachute!) as a way of celebrating reaching the $10,000 goal. Tadlock Rooﬁng’s Fundraising Campaign, Falling for Families, aimed to raise money for Boys Town North Florida. 40+ boys and girls from Boys Town North Florida will be in attendance at the jump on Saturday to show support for Tadlock Roofing’s generous gift. Read more.

Tampa, FL – Dec. 18, 2017 – “Urban forests provide a myriad of essential services to more than 220 million people in the United States – including reduced energy use, improved water quality and increased human health,” according to the USDA. Tampa’s Cheney Park is getting four new trees donated by a local roofer, Tadlock Rooﬁng, who in September pledged a partnership with Tampa Parks & Recreation Department, as part of their commitment to sustaining the Urban Forest in Tampa. Read more.

Tallahassee, FL – Dec. 6, 2017 – Tis’ the season for giving and “there is no greater gift than one to a child,” according to local business owner, Dale Tadlock, who has owned and operated his family business, Tadlock Roofing, in Tallahassee, FL for nearly 40 years. As part of the company’s fall fundraising campaign, “Falling for Families,” Tadlock and team partnered with Boys Town North Florida to secure a record-breaking $20,595 in 24 hours on “Giving Tuesday.” Read More.

Jacksonville, FL – November 13, 2017 – It’s been eight years since the murder of 7year-old Somer Thompson of Orange Park, FL and for the Jacksonville community, it feels like yesterday. The memory of the young girl lives on through her mother, Diena Thompson’s, eﬀorts with the Children’s Sexual Abuse Prevention Coalition (CSAPC), who has to-date raised over $165,000+ to protect children of Northeast Florida by preventing child sexual abuse. Read More.

Pensacola, FL – Aug. 18, 2017 – Florida’s premier roofing contractor pledges with the growth of new locations opening across Florida to make a difference in the community one nail at a time. A Pensacola homeowner is reaping the benefits of that gesture during Tadlock Roofing’s Grand Opening and Ribbon-Cutting on Thursday, August 24 at 10am where the company is set to present Pensacola’s Habitat for Humanity a certificate for a new roof for a homeowner in need. Read More.

Tampa, FL, July 28, 2017 — On Friday, July 28 Dale Tadlock, Owner and President of Tadlock Roofing, announced the company pledges to purchase and plant a tree for every Tadlock roof sold in the month of September in partnership with City of Tampa’s Parks & Recreation Department. Tadlock Roofing opened its doors for business with a Grand Opening and Ribbon-Cutting Friday where the pledge and partnership was announced, setting the tone for how Tadlock Roofing plans to give back. Read more.

MEDIA REQUESTS
For more information about Tadlock Roofing or for interview access to key team members and high-resolution photos, please email us at meagan@tadlockroofing.com.

September 13, 2022
‘Thank you from the bottom of our hearts’: New roof given to family of deceased Duval veteran

September 13, 2022
Disabled ‘Thank you from the bottom of our hearts’: New roof given to family of deceased Duval veteran 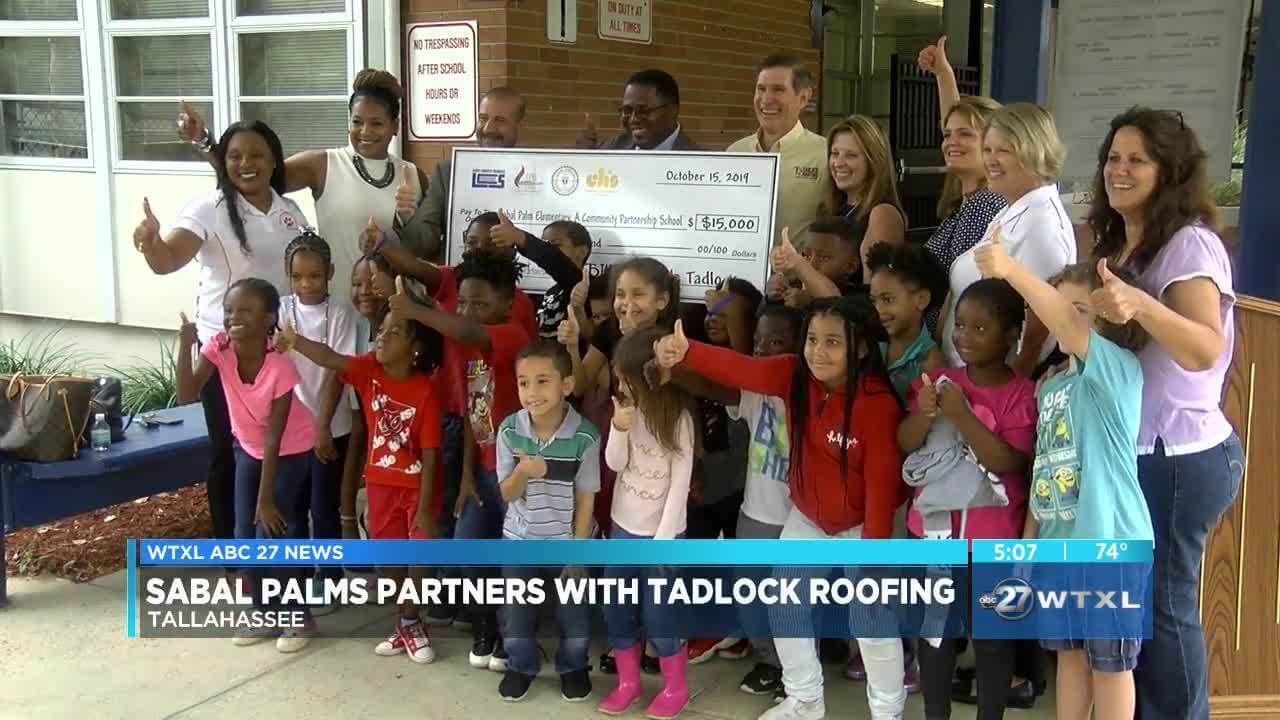 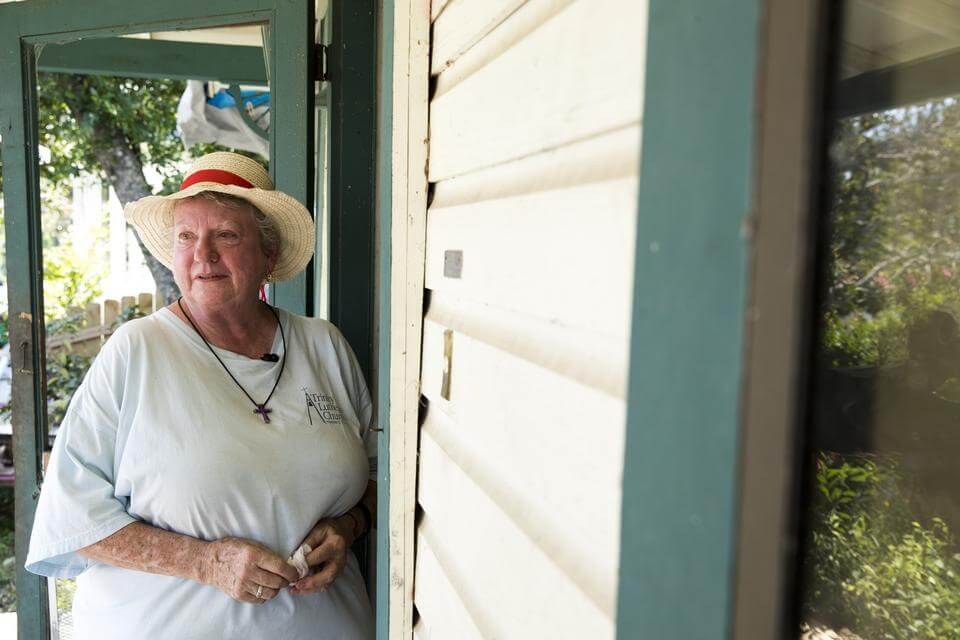 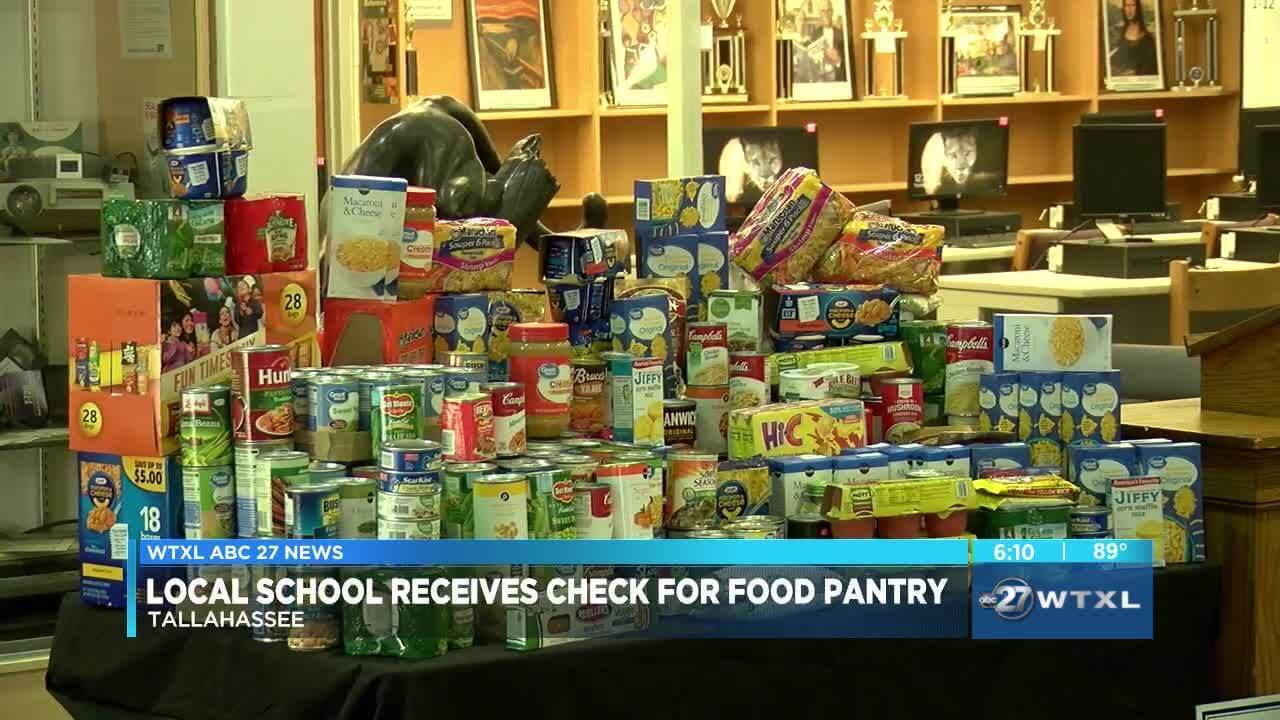 August 7, 2019
Disabled Eustis vet gets new roof through joint partnership: ‘It makes me want to cry’ 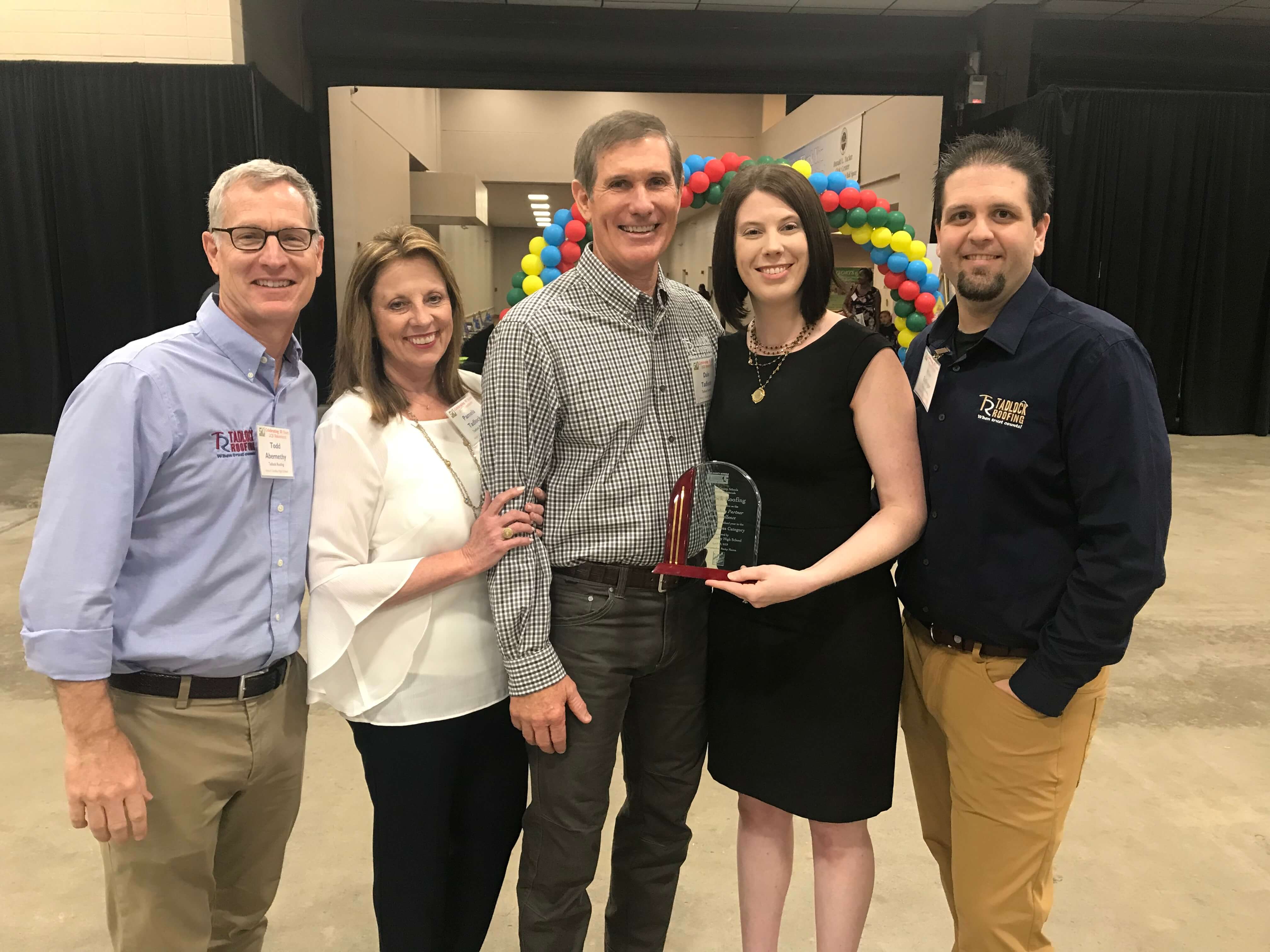 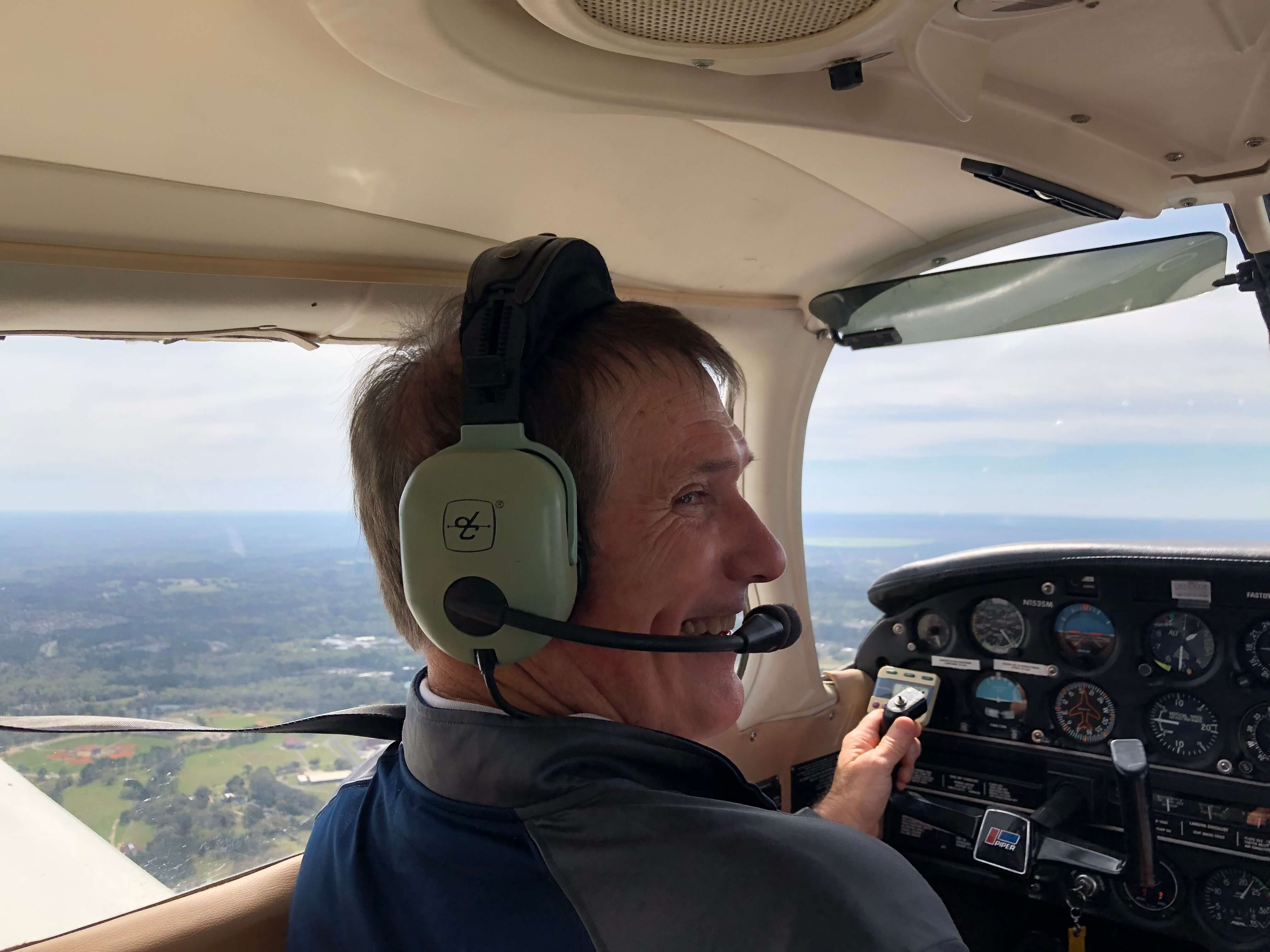 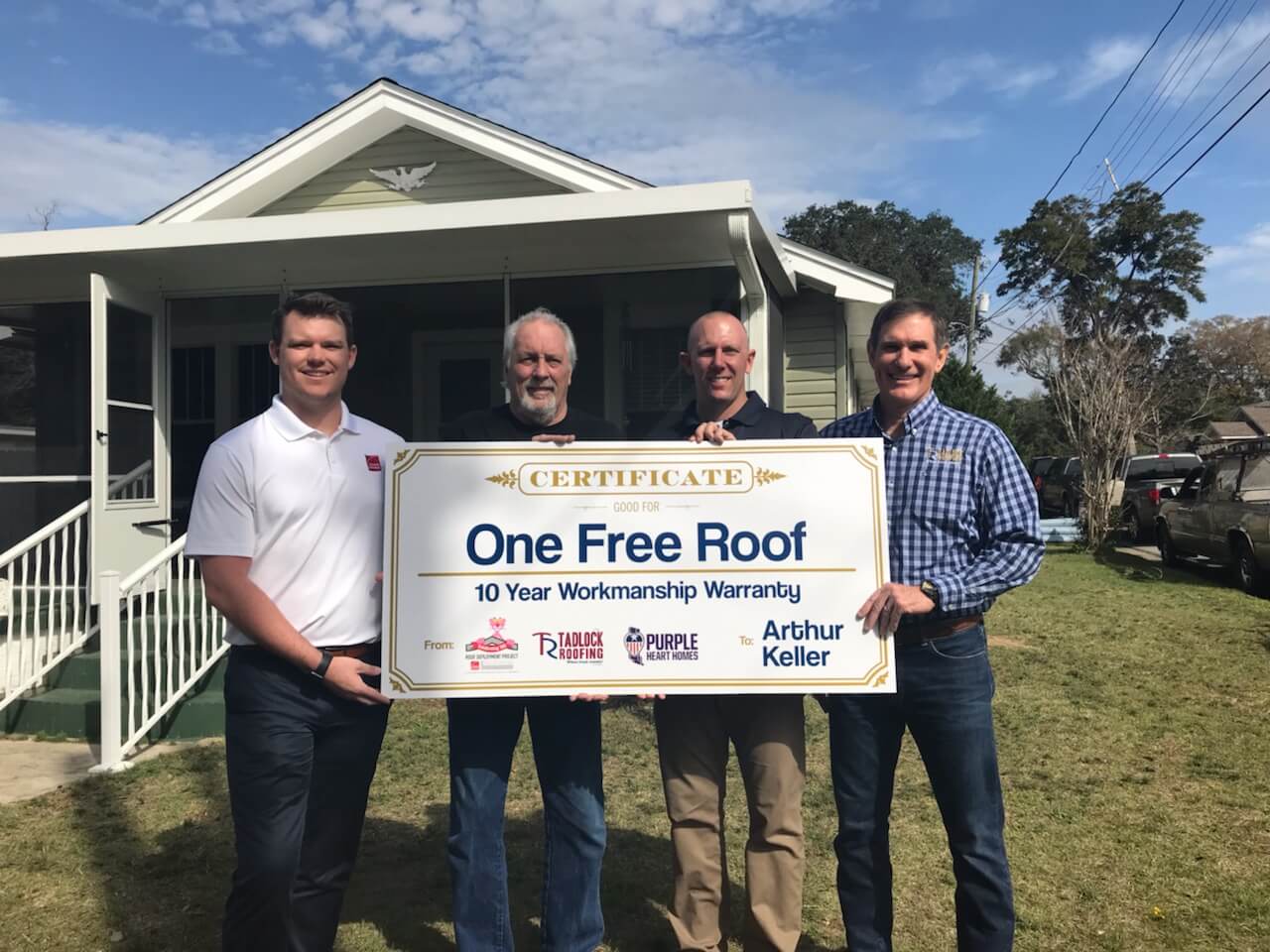 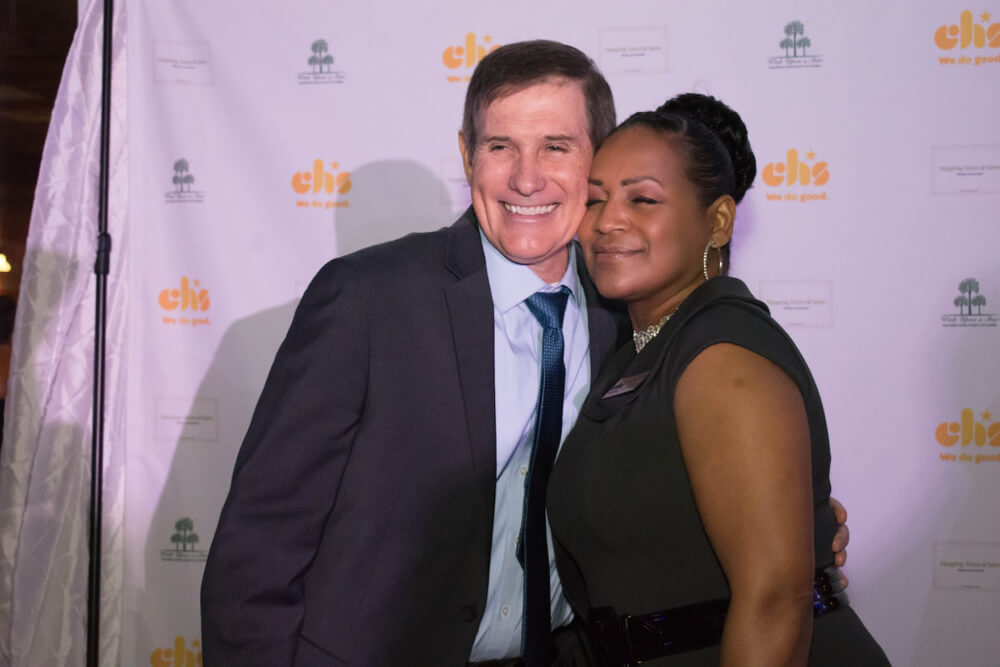 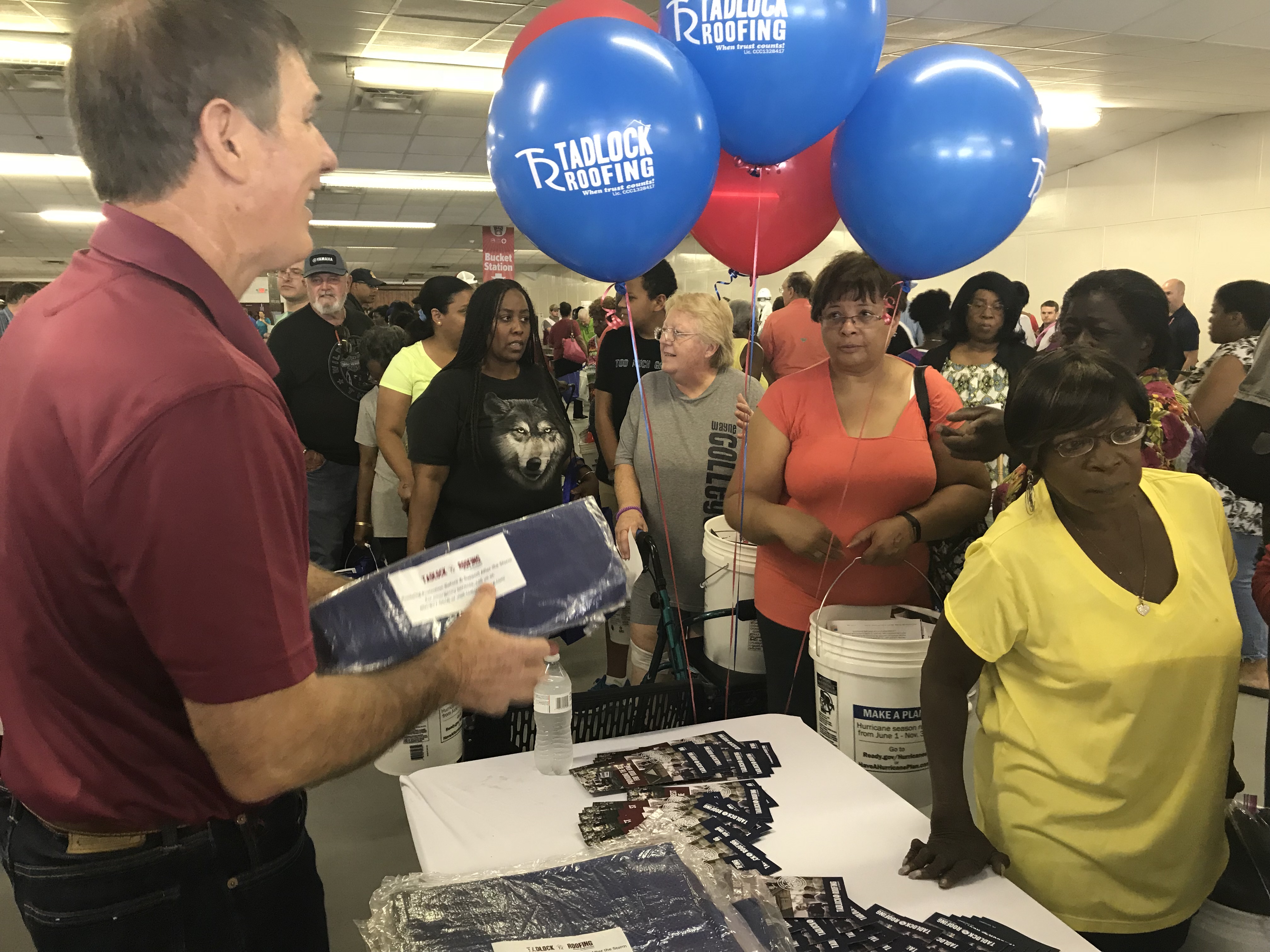 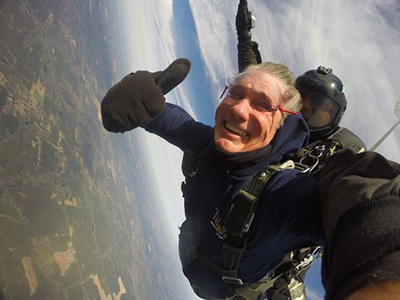 Oct. 5, 2017
Disabled woman gets new roof thanks to local businesses 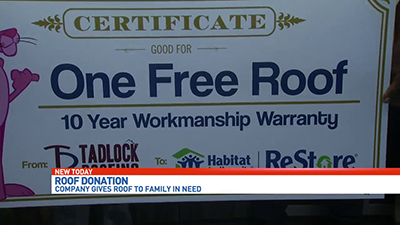 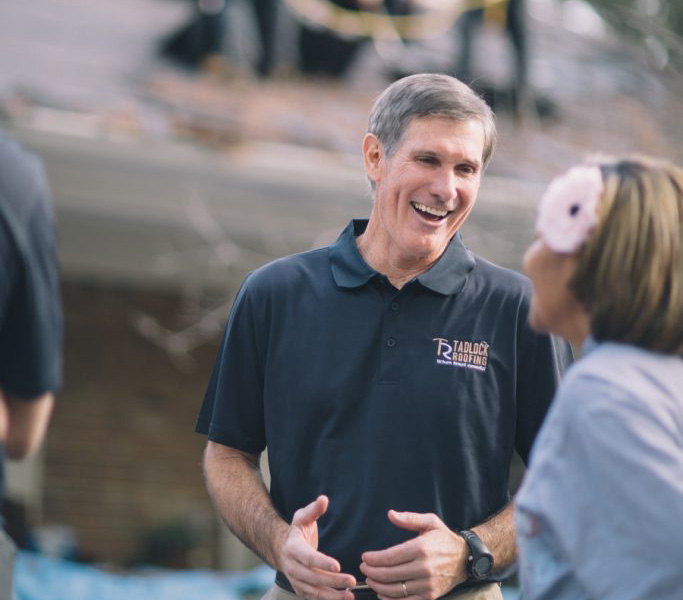 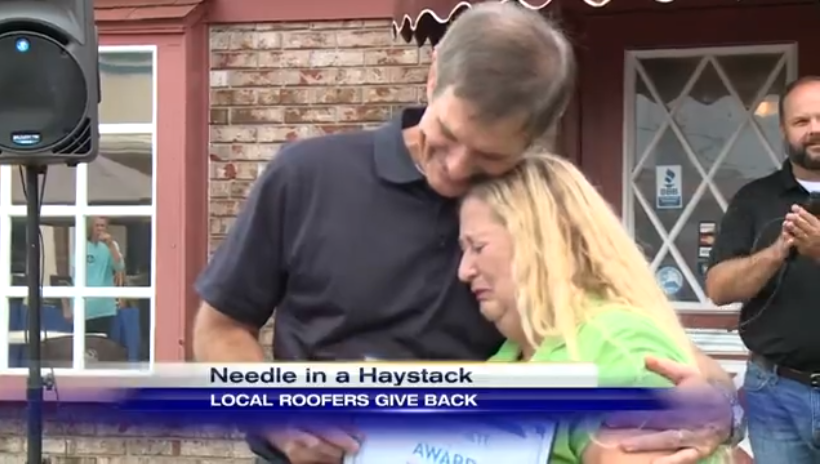 MEDIA REQUESTS
For more information about Tadlock Roofing or for interview access to key team members and high-resolution photos, please email us at meagan@tadlockroofing.com. 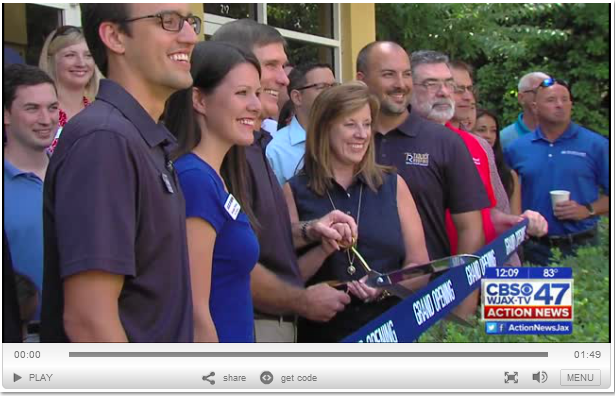